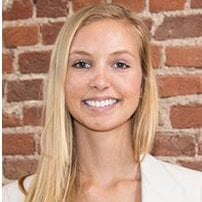 When it comes down to multinational parcel shipping, there are really only two names that roll off the top of your head: FedEx and UPS.

What are the differences between the two? These days, they both have a lot in common, but they do have some key differences that are rooted in the original culture of both companies.

In the beginning, it used to be that FedEx was the go-to carrier for air express deliveries, while UPS had a much more developed (and therefore cheaper) ground network. It makes sense, UPS was born in the early 1900s when air delivery wasn't feasible, while FedEx started in the 1970s when air travel was becoming much more prevalent.

Another key difference is their operational structure. Because of UPS traditional origins, they operate their ground, freight, and air channels as a single network. They utilize a hub-and-spoke model that channels all air, ground, and freight packages into the nearest hub before sending them out to regional shipping centers. FedEx, since their ground capability was borne from an acquisition of Caliber System Incorporated in 1997, operates each channel in different networks. In this model, ground packages are funneled into ground-specific hubs, air packages are processed through air-specific hubs, and so on.

Lastly, even though both companies have made great strides towards each other's strengths, their assets reflect their origins. It must be said, FedEx has a very serviceable ground service while UPS has been steadily building their fleet of planes. But when looking at the raw numbers, FedEx maintains a much larger aerial fleet than UPS, while UPS' ground infrastructure is much more robust than FedEx's.

But when it comes to ensuring timely delivery of your packages, both carriers can get it done within reasonable time frames and understandable prices. Whether it's by land or air, both companies have dominated the market share because they're very good at delivering packages with reasonable speed. Operational differences aside, they offer similar services for similar price points. Depending on your operational philosophy, you may find more value in UPS' hub-and-spoke model or FedEx's management of multiple shipping networks. But at the end of the day, the best carrier for you will be the one that offers you the best rates and the best service after negotiations.