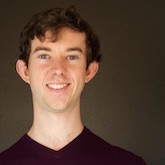 Regional Carriers, and Why There Doesn't Have to Be a Zone 8

Over the past year (and especially the past year), we've witnessed an accelerated trend toward regional carriers. More and more companies are entertaining the idea of utilizing not just one carrier, big and national, but multiple, and of all shapes and sizes.

But why might a company branch out into regional carriers? And what calculus should you employ to decide if you should?

What is a "regional carrier"?

First, what exactly do we mean by a "regional carrier"? The term is flung around loosely, often twisted and conflated. For the sake of example, we'll discuss it within the context of the continental United States. A regional carrier, then, would be any carrier that covers just a limited subset of those states. These are often segmented in familiar ways: Northeast, Midwest, or the South, for example.

In this way, they stand in contrast to the big nationals like FedEx and UPS, as well as to their hyper-localized carrier cousins (like Axlehire or Bond) that operate, often with Same-day service, within select metro areas throughout the country.

Which carriers fit this definition? On EasyPost, it's a smattering (and always growing!). Collectively, you'll notice they're nearly exhaustive. To highlight a few, BetterTrucks, Courier Express, and PCF are some of EasyPost's newest and shiniest additions, due to customer demand. 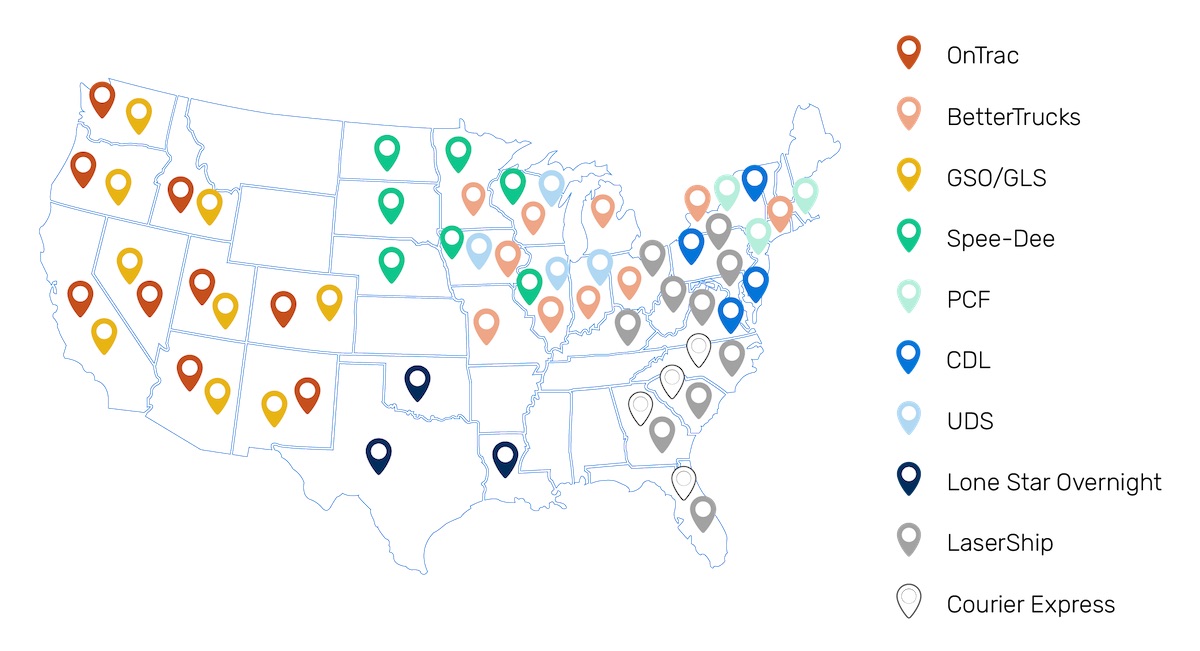 Why do shippers use regional carriers?

Pretty map, but what's the point of using a carrier that can't reach most states?

Speed: Just about every bonafide regional carrier either offers a Next Day delivery option, or knows no other way. Some that span a wide stretch of states might also offer 2-day delivery, and others - perhaps with high urban density - might also offer Same Day. The common denominator, though, is that they're going to get it (whatever "it" is) there (wherever "there" is) fast.

Furthermore, because these carriers are smaller, they're able to plan their capacity more meticulously. So they're less likely to get blown around in the winds of volatile market demands and, as a result, their transit times are often more stable.

Cost: It must be expensive, huh? Well, this is the real kicker: regional carriers are often less expensive than their national counterparts. This is in large part thanks to the very same thing that might for some be a detraction: their narrowed scope. They don't have to (or purport to) do it all, so they can instead focus on the highest leverage lanes, which drives down the cost-per-transit-day.

Reliability via redundancy: But no one ever replaced a big national carrier with a regional. Even in the extreme case, with an exhaustive patchwork of regional carriers, there would be gaps. Namely, even if every state in your network was covered by a regional, it would require every region to have an origin point. There can be no shore-to-shore shipping via regional carriers.

Instead, regional carriers are most often of supplemental value. In March of 2021, exactly 50% of EasyPost customers who shipped at least 100 packages used more than one carrier. Of those who shipped at least 1000, 65% used more than one carrier. (These figures are lower-bound conservative, too, as EasyPost doesn't always house all of a given customer's shipping volume.)

To the extent that they're not constrained by volume-dependent discounts, shippers can find value in diversification. Especially during Covid, having a single point of failure was a scary prospect for many. It became increasingly important to avoid being overly reliant on any one carrier. Regional carriers were a natural salve for this: if transit times should spike or oscillate for one carrier, having a backup tempers that. For others, adding regional carriers was a safeguard against unpredictable capacity throttles: if business was booming faster than your carrier could accommodate, you needed a release valve. Regional carriers acted the part here, too.

In every case, for a growing number of shippers, regional carriers have become a vital stabilizer, a driver of efficiencies, or both.

Ship from where the orders are

If you have just a single fulfillment location and your demand is highly dispersed, regional carriers probably won't make sense for you. Conversely, if you have more than one fulfillment location and/or tightly concentrated demand centers, then the regional approach (as a complement to your preferred national carrier) is definitely worth looking into. Minimize the distance your products must travel, and the same will happen for transit times, cost, customer complaints, etc.

As consumer expectations become more and more demanding, heaps of localized solutions are cropping up to match them. Shippers no longer have to settle for long and costly transit times to the complete opposite side of the country (and their customers won't settle for it). There might soon not be a Zone 8; its abolishment starts with regional carriers.