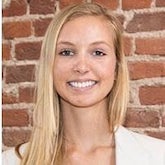 UPS is adding one extra wrinkle though — all domestic air and ground parcels that are less than one cubic foot is exempt from dimensional weight pricing.

According to UPS, the new 1 cubic foot exception would be a great advantage for a lot of packages. This article by Multi Channel Merchant quotes an October query from Shipware, which states that 41.5% of packages were equal to or less than 1 cubic foot.

This is a nice concession for a lot of businesses, especially ones that ship smaller parcels, but the lower dimensional pricing divisor could cut into the margins of UPS customers who ship bulky products — like furniture or mattress dealers. Most of these bulky products also come with higher price points, which pushes many of those businesses to offer free shipping as an incentive for purchase. Of course, as you well know, free shipping is never free, and for those merchants, it could cost a lot more.

Still, it's a great way to attract more business to Brown as all major carriers have been hiking rates at historically high increases. Savvy shippers now have an enticing option with UPS. If they have to move large amounts of smaller parcels, they know where they can get a substantial discount.

It remains to be seen whether FedEx will mirror UPS' cubic foot exemption in an attempt to match pricing, as the major carriers mostly do to an extent. The rate increases of both major carriers does threaten a business' ability to offer free shipping — which shoppers are beginning to expect as a standard. Increases such as these will push businesses to find more creative ways to save on their shipping bill, as it seems like the major carriers will continue to hike rates in order to maintain healthy margins.