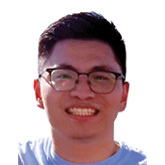 Unit testing external APIs can be time-consuming and non-deterministic because the unit test has to rely on the external service, and assertions would fail if the API response is inconsistent. In this post, I would like to share with you why VCRs are a handy solution for handling these API calls in unit testing, along with how we open sourced our own VCR solutions for C# and Java. Unit testing ensures that all code meets quality standards before it is deployed. Higher code coverage reduces the number of bugs in software; therefore, writing a unit test is a vital skill that all developers should learn.

What is VCR testing?

When writing a unit test that has API calls that rely on an HTTP request being sent over the network and being processed by an external dependency, we cannot be certain that a valid response will be received, or even any response at all. There could be network issues, temporary outages, or other external factors beyond our control, meaning we may not receive the expected response every time - resulting in unit test failures.

VCR, like the now-obsolete Video Cassette Recorder technology from years ago, is a tool that records HTTP requests and responses to a "cassette" file which can be replayed on later runs of the test suite as if it was the real response, effectively enabling offline testing. The first prominent VCR solution was introduced in 2010 for Ruby and was then ported into other languages. When first running a unit test with VCR, HTTP interactions such as the request body, request headers, request URL, status code, and other details about the request, will be saved into a cassette file, typically as a .yaml or .json file. After the cassette file is generated, re-running the unit test will not make the live API call; instead, it will use the previously-saved HTTP interactions from the corresponding cassette file.

The result of using VCR in all seven client libraries

At EasyPost, we have seven client libraries: Python, Ruby, PHP, Node, C#, Java, and Golang. Nearly every function in the client libraries involves at least one API call.

After implementing the VCR solution in our seven client libraries, we no longer had to worry about inconsistent API responses. For example, in our client library, we have a regenerate rate function that makes a live API call; we might receive different rates depending on what day of the week or time of day we ran the unit test and the unit test assertions would fail, but we know that the code itself never changed. By using VCR in unit testing, it also makes debugging easier during the implementation of new functions in client libraries, because we can see the entire HTTP interactions instead of a single error message from the API response. For instance, you can see the request body that you pass in and the API endpoint you hit - these are the two common mistakes you can make when making an API call.

Finally, the VCR solution saves us so much time during unit testing. We do not need to wait for the live API call after the HTTP interactions are recorded, so we saw unit tests speed up significantly from 108 seconds to just 1.8 seconds. This is an approximate 50x jump and also made our GitHub Action CI test much faster.

Our own VCR solution for Java and C#

When I joined the team, our Java and C# client libraries were using live API calls in unit testing because there was not a good VCR solution for these two languages. This caused several problems:

We thought about using mock testing for Java and C# libraries, but it would take a lot of time to create objects. For example, creating a shipment object is time-consuming to manage because it has many properties, and lastly, we also want to use real requests from the API call for unit testing.

Most languages have their VCR solution built by open-source contributors, but when it comes to VCR integrations for our Java and C# test suites, we realized there were some problems with other open-source alternatives on the market. The C# VCR only targets .NET Standard 1.6, which potentially causes compatibility issues with our target framework, and Java VCR integration is not possible with our API endpoint because our servers do not accept self-signed certificates, which it requires. Therefore, our Developer Experience team ended up creating EasyVCR, an open-source tool for Java and C# that allows anyone to record HTTP requests and responses. Shout out to Nate Harris who spent countless hours building the EasyVCR tools. EasyVCR was started in early 2022 and was officially released in May 2022. They are open-source so anyone can take advantage of the same great test tooling we use every day. I highly encourage you to check them out.

As part of this release and ongoing enhancements, we have made several improvements in our own VCR solutions for Java and C#:

Each language's VCR provides flexibility, allowing users to customize the VCR configuration, such as filtering any sensitive data in a cassette file or changing the request matching logic.

To replay previously-recorded cassettes, the VCR needs to match new HTTP requests against the details of the recorded one. Often, by default, a recording is matched based on the HTTP method and URI. You can customize this matching in one or more of the following options:

Our seven client libraries have strict matching rules to make sure every test replays its corresponding interactions; in addition to the defaults, we include body, query, and URI in the request matching rules. If you have many unit tests that make API calls to the same endpoint, I would highly recommend adding additional options to prevent a unit test from replaying the wrong cassette file.

When interacting with an API service, you will often need to provide authentication such as an API key as part of the request. This data will be present in the cassette file which can pose a serious problem in a public repository. Before storing HTTP interactions into a cassette file, there is an option to censor data to avoid exposing sensitive information. Our seven client libraries redact sensitive data before storing it into a cassette file; you can find the full code configuration in our Ruby library which uses built-in filter_sensitive_data.

Below is a simplified example of redacted cassette file looks like

An external API could change over time, which makes previously recorded cassettes out of date. There are multiple ways to re-record the cassette to reflect the latest change on the external API:

As previously mentioned, auto-generated cassette files could be distracting during code review; even a little change in the source code can bring a lot of changes in the cassettes if you re-record the file. However, it is possible to hide the cassette files in pull requests by adding two lines of code in the .gitattributes file in your repository.

I hope you found this blog useful when comes to API testing. We cannot wait to see you start using EasyVCR Java and EasyVCR C# in your project for unit testing. We also welcome any suggestions or questions, our Developer Experience team actively monitoring issues and pull requests, feel free to submit one for the EasyVCR C# repo, EasyVCR Java repo, or one of our seven client libraries!